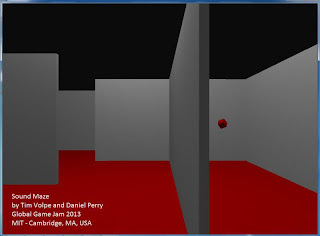 Another nice thing about programming the game in Unity - not only does it run on PC and Mac, but you can export a web build!  So you can play the game right here - like I said, the sound needs optimization, so it'll take a while to load...please be patient.
Posted by Tim at 1:35 AM