This summer, PIGSquad hosted a series of game jams.  Dubbed Summer Slow Jams, since they lasted a week as opposed to the 48 hour format I'm used to.

The goal of the first jam was to encourage people to make a game that they could easily present in the many events PIGSquad hosts, akin to a convention or festival.  The idea was to, in addition to the game, create flyers, cards, Twitter accounts, and other similar promotional materials.  The creative themes were taken from the themes of OMSI After Dark.  I met some guys during the kickoff event, and our team started brainstorming with the theme of "Explosions".  As we continued, the focus moved away from that as we incorporated the themes of "Seed" and "Spirits".  We ended up with our competitive gardening game, Ghostly Garden, which you can download for yourself here.  It was very encouraging to go from "barely tested controller input" to "we ran a full single elimination tournament among the attendees" in a matter of hours at the jam showcase!

The second jam was to utilize the tools used by Pixel Arts Game Education (a local non-profit that runs game creation camps and classes for underprivileged youth).  The tools are free and browser based, and the goal was to show the students what was possible with these tools from experienced game developers.  The creative prompts were educational concepts and various social issues, distributed from a random generator using said tools.  My prompts were "Projectiles and Trajectories" and "Air Pollution".  I worked by myself on the project to come up with Calamitous Cleanup!

The third jam was intended to create 4-player local multiplayer games to put onto Flint and Tinder Studios' Tinderbox, an arcade cabinet prototype to showcase locally made games.  In addition was their public rollout of ProgFrog, a blog where anyone creating any kind of project can post updates of progress - plus it was an easy way to pull the latest jam builds onto the Tinderbox.  Our team decided to use the time to polish Ghostly Garden up from the first jam (and we had build it as a multiplayer game to begin with knowing this jam was on the horizon).  So there is a 2 vs. 2 player mode available in the game.

I presented Ghostly Garden at the Portland Mini Maker Faire this past weekend at OMSI, and we're planning on adding more features and more channels of distribution.

In the meantime, I've also been working with someone else on a mobile puzzle game prototype.  I'm not quite sure what I'm at liberty to share, but I think we're close to opening it up for alpha testing - so keep an eye out for more information about that!

There have been some changes in my life recently, the chief one being my move to the greater Portland, Oregon area.  But that doesn't mean I was going to miss out on another Global Game Jam.  It was through GGJ that I was able to find the local Portland indie game community PIGSquad.

There were a couple major changes to how PIGSquad runs their game jams over how I'm used to them being run in Boston.  First of all, our jamming space at the Art Institute of Portland was open for the full 48 hours, whereas in Boston we were encouraged (and required) to leave at night for sleep.  Thankfully, I live fairly close to Portland, so I had no problem commuting back and forth.  The last couple jams in Boston required me to venture back and forth for an hour's drive each night.

When we used to form groups, we would get the jam theme, come up with ideas, and then pitch them to the entire group.  We would then form groups based on who wanted to work on certain projects, making sure each group had an appropriate spread of disciplines.  This was great for starting off with a relatively clear vision and being passionate about the project you're working on.  The tradeoff here was group members, with varying degrees of experience, sometimes struggled in finding a common technology to work with.  In Portland, we started off forming groups first, and the theme was presented to us afterwards for each group to then come up with their own idea.  I can see how this can be an advantage to some people, who already know who they like to work with (if they like to work with anyone at all), and you can form groups around the technology being used.

It was this group forming first that I think my group hit a bit of a snag.  The diversifiers (optional constraints to use on your project) for this year's jam were released early, and one that interested me the most was "Chimera", to make a combination digital and non-digital game.  It was relatively easy to start rounding up the people who expressed an interest in creating a board/card game, but since the computer component, and the design of how the pieces were to interact, was so up in the air, we recruited quite a few more people for the computer part than was ultimately necessary.  It's not that everyone didn't contribute in some way; I just personally felt we could have been more efficient as a group. 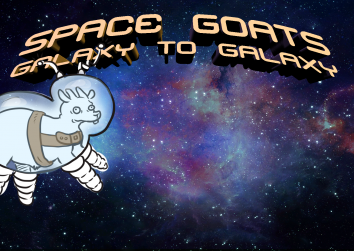 The board game half of the group ended up designing most of the game, and the name must have sprung up as a kind of joke and ended up driving a lot of the aesthetics.  The game is presented as a card game for 2-6 players.  You draw Resource cards to boost your defenses, and Action cards which help you earn more Resources or redistribute what you already have.  Starting with the last player, at the end of your turn you then use the computer component (we designed it as an app, so a mobile device could be easily passed around between the players), where you set off a bomb with a timer to explode after a certain number of turns.  The bombs can either destroy a certain type of resource, or destroy half of your total resources.  There are also options to delay the timers of the bombs already in the queue.  If you don't have a particular resource available to destroy, you can substitute 2 of any other resource to make up the difference.  If you don't have any resources you are out of the game; the last player remaining is the winner. This results in a very fast paced game, as the longer it goes the more likely it is multiple bombs will explode on a given turn.

What we did right: I'm glad we ended up with a overall simple game. It's quick and has a goofy charm, with Space Goats and Rocket Chickens and such.  While there can be a bit of strategy involved, particularly with small number of starting players, the real joy is bombs exploding and reacting to the consequences.  While modern game design eschews eliminating players from participating, the game is fast enough that the next game is never too far away.

Looking back, it's probably for the best that our digital component is as simple as it is.  When I first heard about the diversifier, I was trying to brainstorm ideas on how to incorporate a board game into a complex digital game (like an FPS).  We talked to some people present during our recruiting phase about the possibility of augmented reality or code readers.  Even early in our design phase, we discussed ideas about two simultaneous games, and how the digital players could interact with the board game players and vice versa.

What could go better: As I mentioned before, we didn't start with any kind of pitch or vision, so we overbuilt the team.  I'm happy to include first-time jammers, and certainly you're going to get varying levels of experience.  I guess I was just a little disappointed that the digital component could easily have been completed by one competent person in an hour or two.  I think I was expecting more from the digital side, but that might have jeopardized the project as a whole.  It's a learning experience, and good to remember when team-building for next time, if anyone wants to do a hybrid game.

I also would have liked a bit more wider coverage of the distribution of the digital component.  we designed it and worked around a 1080p resolution Android device.  I would have liked to have seen it on an iPhone (I didn't realize you needed an actual Mac to get that far; something I probably should have learned long ago), and the screen gets funky when trying to run the stand-alone version.

Check it out for yourself here!
Posted by Tim at 6:52 PM No comments: