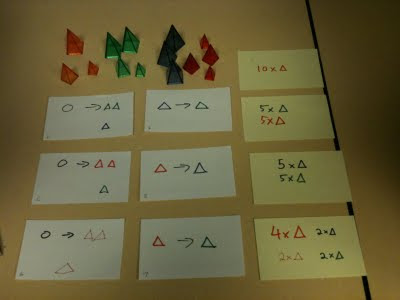 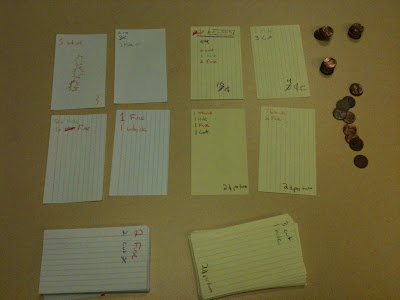 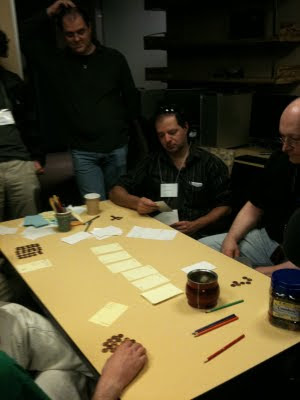 On the weekend of January 8th and 9th, Darren Torpey and Darius Kazemi hosted the first Boston Game Jam of 2011. Which is a bit of a misnomer, since this was a tools jam. The idea was to spend some time working and collaborating on a bunch of tools using HTML5, with the idea being not only to learn about this relatively new technology, but to make some ready-to-use tools in the upcoming Global Game Jam.

This was an intimate affair, with only about 10 people participating, and once again held at the Singapore-MIT GAMBIT Game Lab in Cambridge. The projects were interesting - it's really cool to see this technology work "in browser" instead of going through the rigmarole of compiling and various file types and stuff. I can't claim to be an expert in HTML5 or even Javascript, but I'm learning, and the potential here is really exciting.

My own project was inspired by the Akihabara engine, specifically the "toys" that are built into it, which provide the framework to create various arcade games. My goal was to build a similar toy to create card games - partly because card games are easy and cool, and partly to share since people will have the opportunity to create card and board games at the Global Game Jam this year. Darren and Darius quickly talked me out of that, since there's a lot of overhead into learning and using the Akihabara engine. So the project evolved into creating a Javascript library, with the cards being displayed in browser using CSS3.

By the end of the day on Saturday, I had most of the framework written, designed and tested out, and Darren had a crude card system working early on Sunday. The goal was set to put together a solitaire game to make sure the system would handle most everything that someone might expect it to, and by the time presentations were due, most of it was in place.

There are a few things left that I'd like to get done before I call it finished. One, finish up the functionality. Two, clean up the code and make sure things can be written easily (more for my own benefit, especially on the CSS side). Three, make sure it's all documented. Then, at least, we should be able to write card games with a standard poker deck.

My ultimate goal is to make the library more extensible and abstract, so that someone could write any kind of card game. This goal kind of got in my own way...I had grand plans for this project, when in reality it isn't all that complicated. But at the very least, I'll have the libraries to work on my own games. I'll be sure to post again when I've got something ready to show.

Special thanks to Darren who worked with me on the project on the second day, to Darius for his occasional help with Javascript and Git, and to Jonathon Myers for letting me use his spare laptop. :)
Posted by Tim at 12:23 AM No comments:

It is lame for me to make New Year's resolutions a week into January?

Either way, resolutions seem so final, which is perhaps why people rarely follow through with them. So here are a few of my plans for 2011 - and the nice thing is, plans can change.